HOW TO KEEP YOUR CAT FROM GETTING BORED

Life in a flat can be very comfortable for a beautiful Birman cat, resting regally among cushions. But it can also be boring, as they are left alone for most of the day. This is why our friends Giulia and Silvia decided to entertain Vick with lots of interactive, fun toys – and Vick’s not the only one to enjoy them.

We visited sisters Giulia and Silvia and their mother, Giovanna, owners of the beautiful kitty in the photograph and daughters and wife of Antonio, Ferplast’s area manager. By now you’ll have noticed that passion for work is not the only feature of our company: our employees also love their pets.

Giovanna told us that in her family growing up, and then later, after getting married, she’s always had furry friends – cats, in particular.

But let us ask the girls themselves – Silvia, 14 years old, and Giulia, 8 – how much time they spend with Vick every day.

When we get back from school we cuddle with him a little, although we leave him alone in the afternoon, when we’re busy doing homework or in volleyball class. He’s a sleepyhead and rests all the way through late afternoon.

What do you do together when he’s awake?

Other than drowning him in caresses and kisses, Dad gave us some Ferplast toys that are a lot of fun. The first one was Predator, a rug that hides a little rod, so that the cat thinks it’s a mouse that keeps moving all the time. Vick goes crazy trying to catch it. He cracks us up: when he tires of the game and wants to do something else, he lets us know by sitting on the rug so the rod cannot move!

Does your little friend get bored easily?

Like all cats, his attention span is brief, so we need to switch games often. Another great toy we discovered recently is TYPHON. It’s a tunnel itinerary in which a lighted ball rolls. Vick loves chasing it. We play together; sometimes we’re the ones who roll the ball or tease him with it. We love this game, because sometimes it’s almost like a competition between us and Vick, a competition to see who has the fastest hand – or paw.

Don’t miss the video below, in which Giulia and Silvia teach us how to assemble Typhon. Easy as pie: the two of them did it in no time at all, and had a lot of fun in the process. 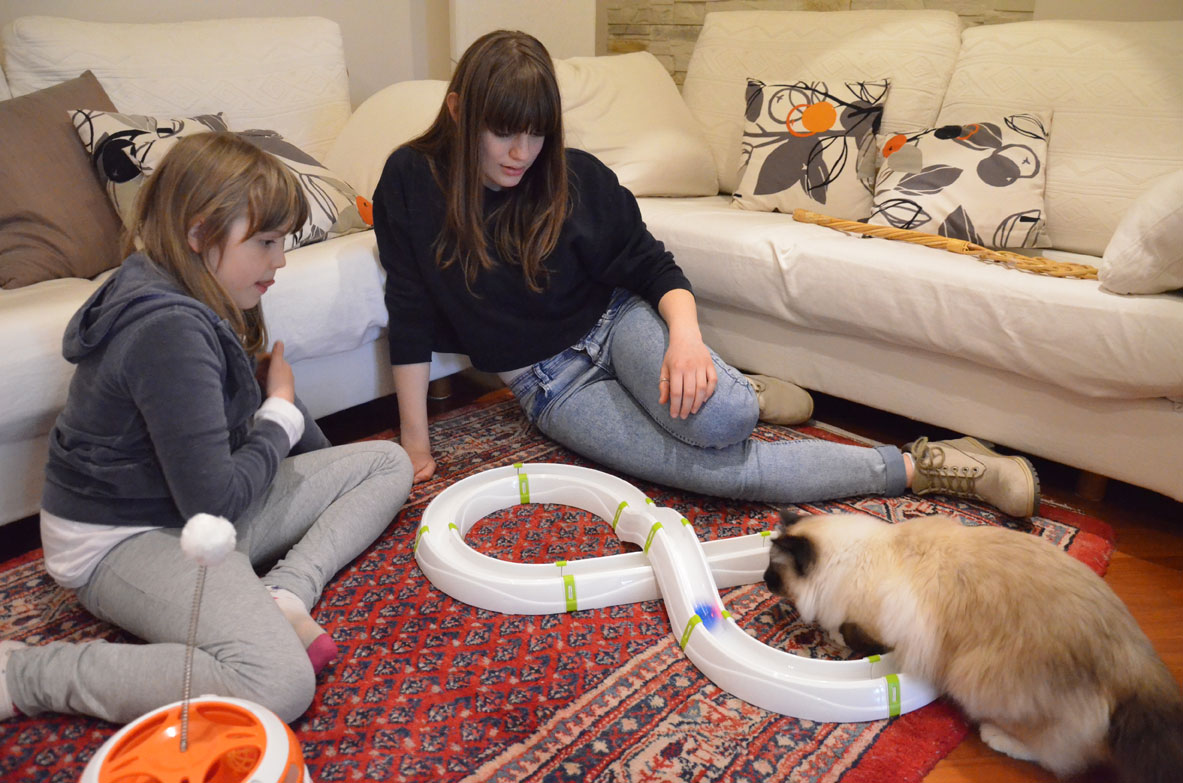 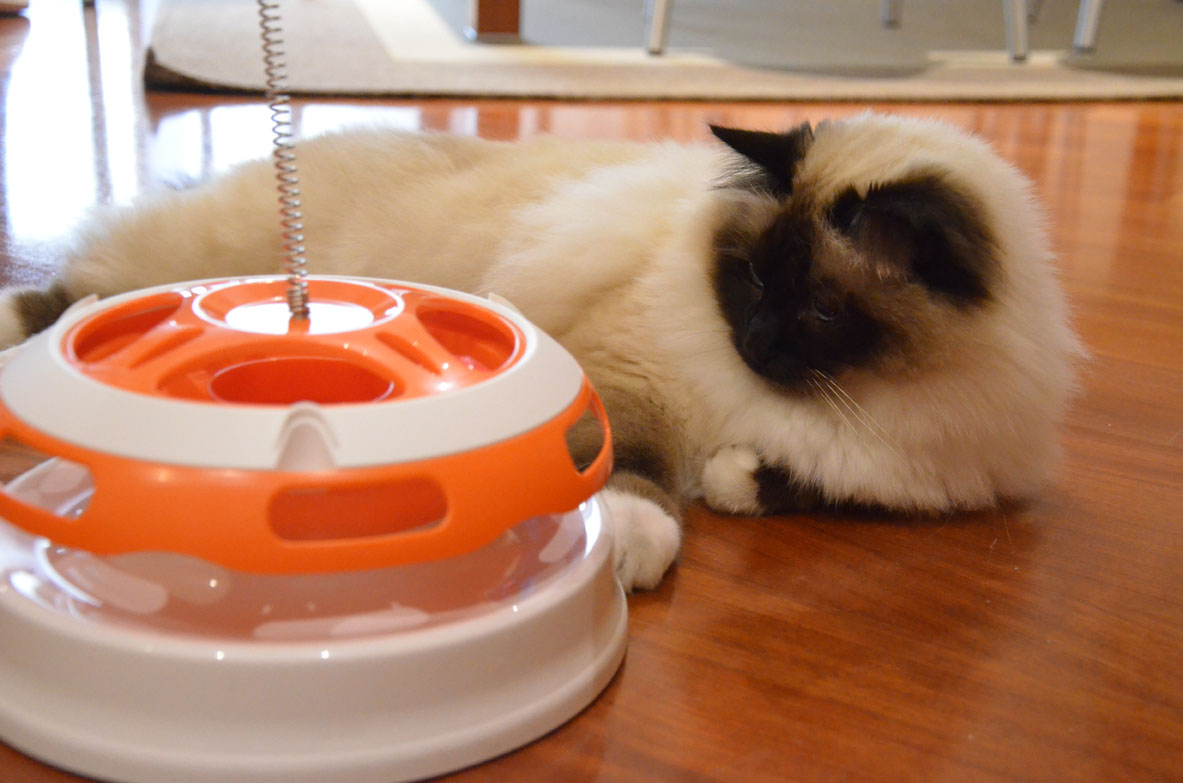 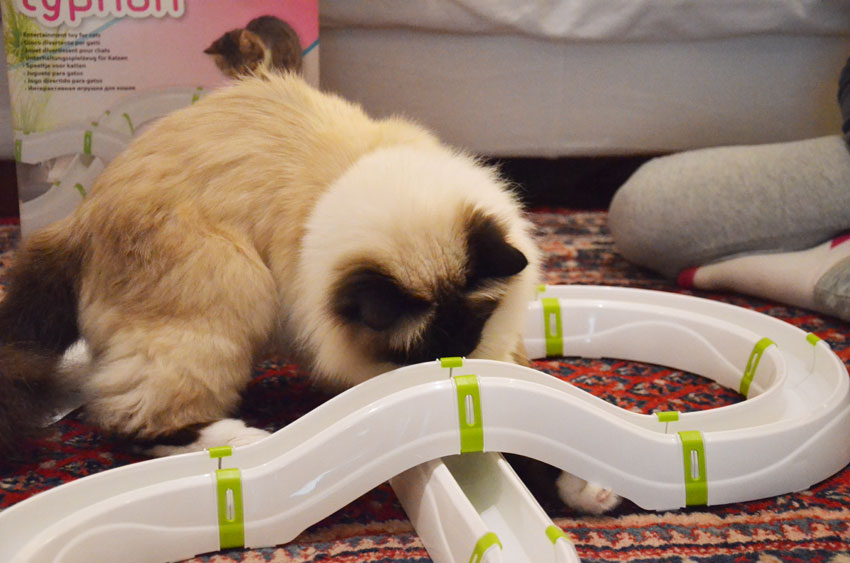 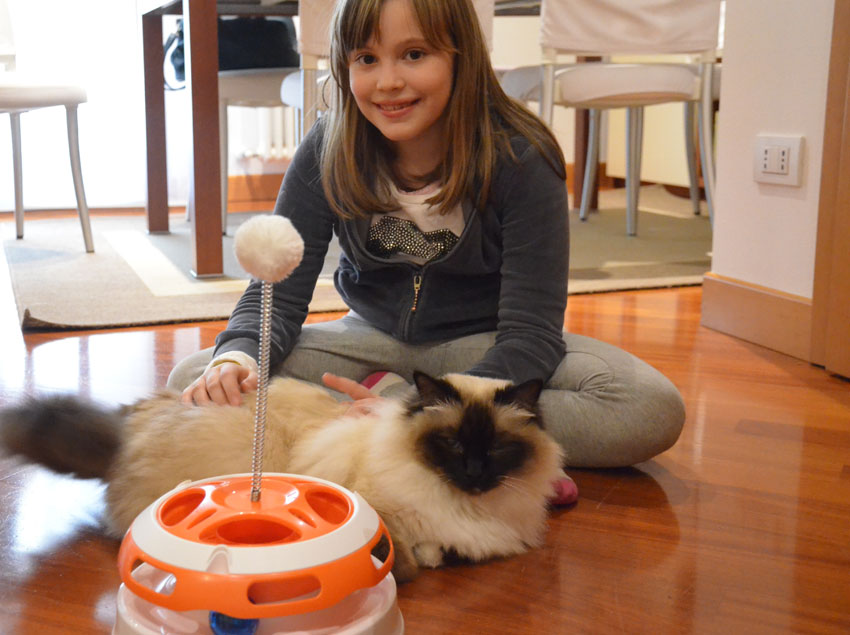 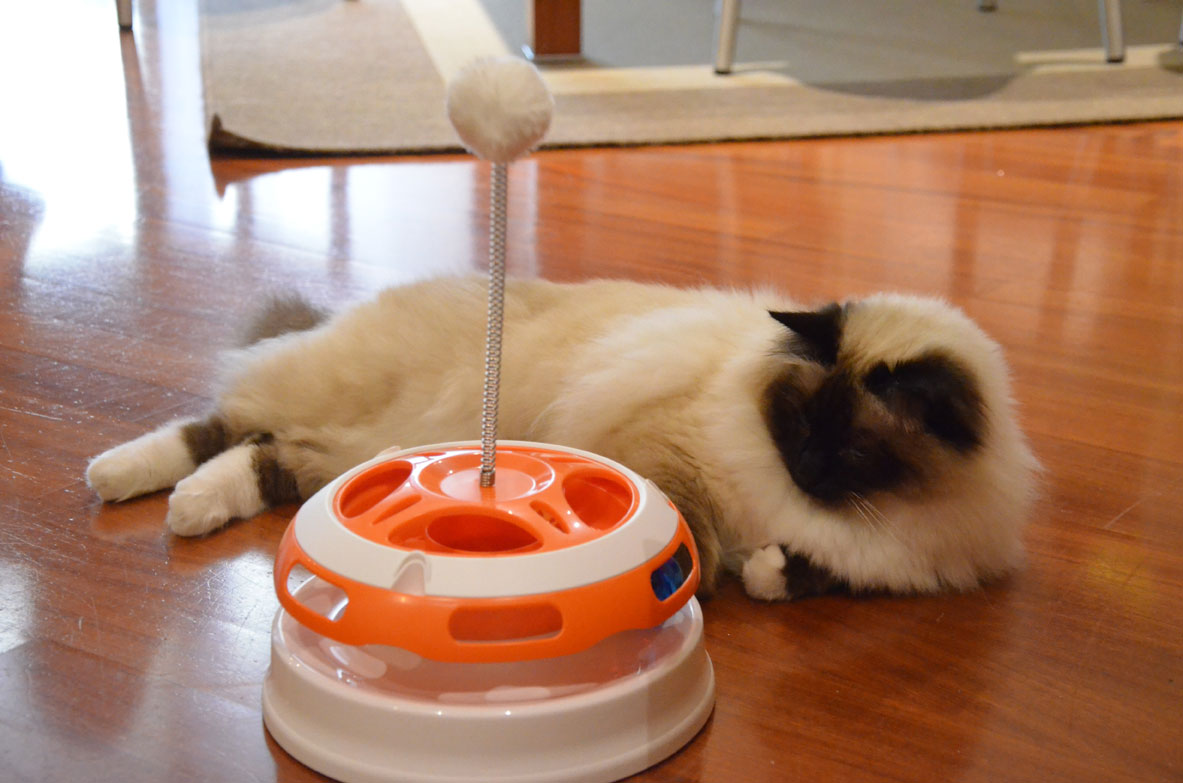 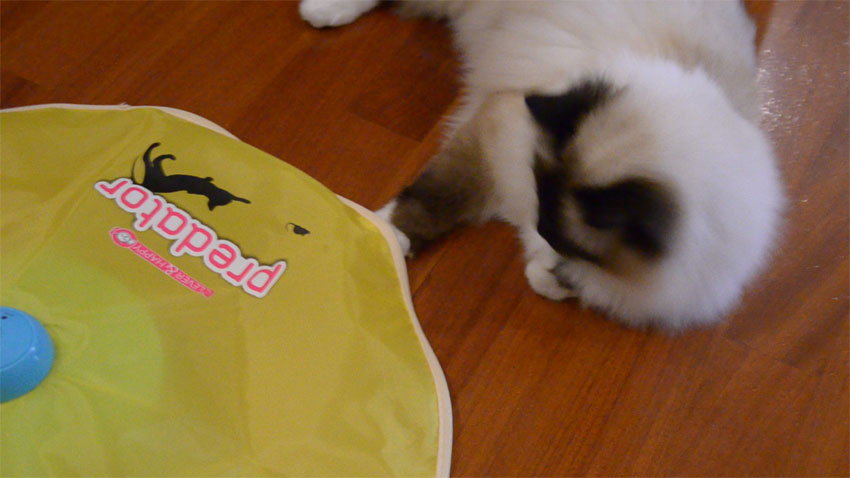 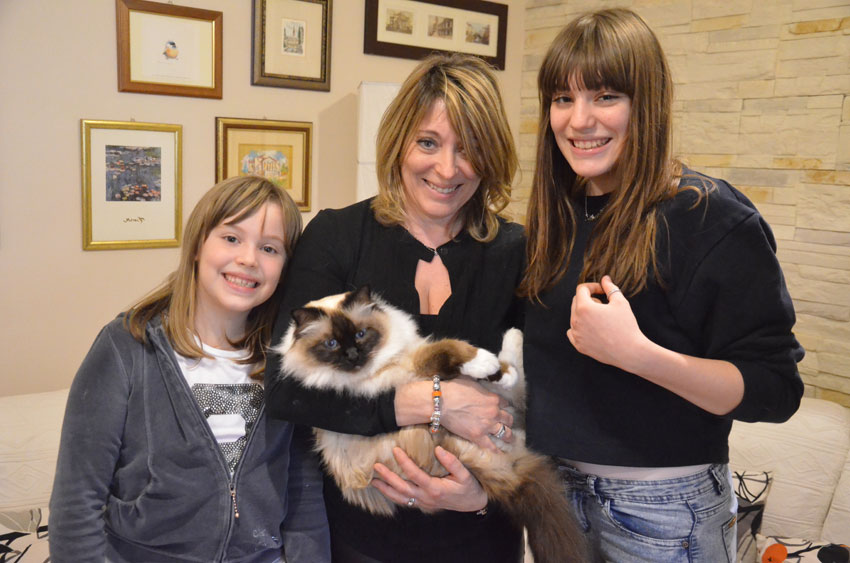