FEATURES OF THE CHIHUAHUA, THE DIMINUTIVE DOG

What is the smallest breed dog in the world? Undoubtedly, it is the Chihuahua! This pocket-sized pooch, however, has a big heart, ensuring you’ll fall in love upon the first caress. In turn, he offers unconditional love to those who take care of him.

As can be deduced from the name, this dog originates from Chihuahua, the Mexican state where the first bones of quadrupeds belonging to this breed were found. It was only at the end of the 19th century that Chihuahuas came to Europe, gaining instant popularity.

The first thing you notice about this tiny tail-wagger is definitely its physical appearance: minute but quite agile, with a weight ranging from between 1.4 kg and 4 kg and a height that reaches a maximum of 30 cm. 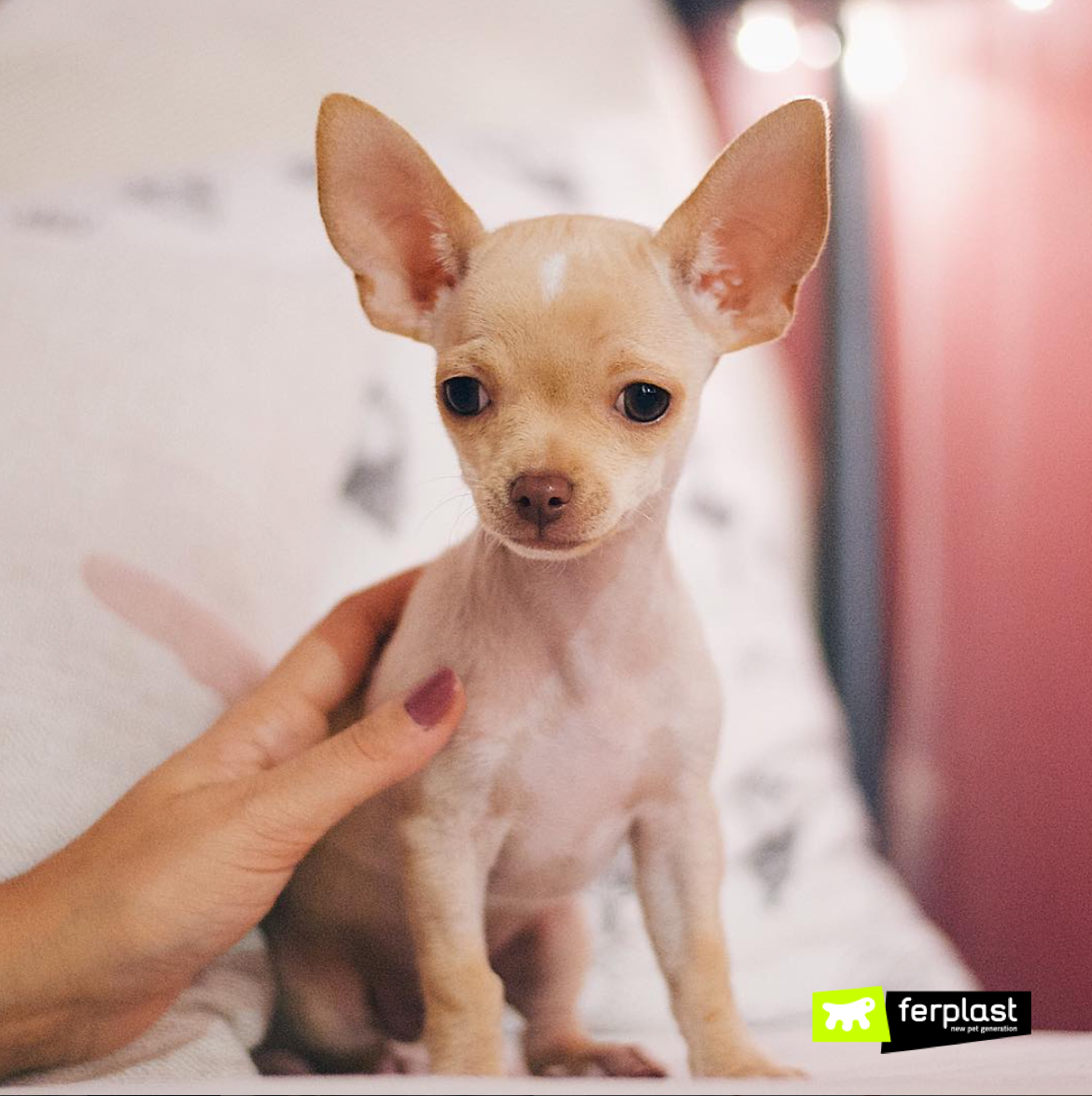 Physical characteristics of the Chihuahua

Chihuahuas have an apple-shaped head with a short, pointed snout and round, dark eyes that shine like gems. Some Chihuahuas instead have a head shaped like a deer, being also longer and slightly bigger than the initial variety. The Chihuahua’s ears are bat-like (and given their slight size, they are also a tad disproportionate to the rest of the body!) and point up when they feel a sense of danger. The tail is high and curved. There are also varieties of coat – the short-haired version and a less-common one with a long flowing coat. In both cases, there are a range of different colours – white, coffee, black, chocolate, cream and even tri-colour with defined streaks. 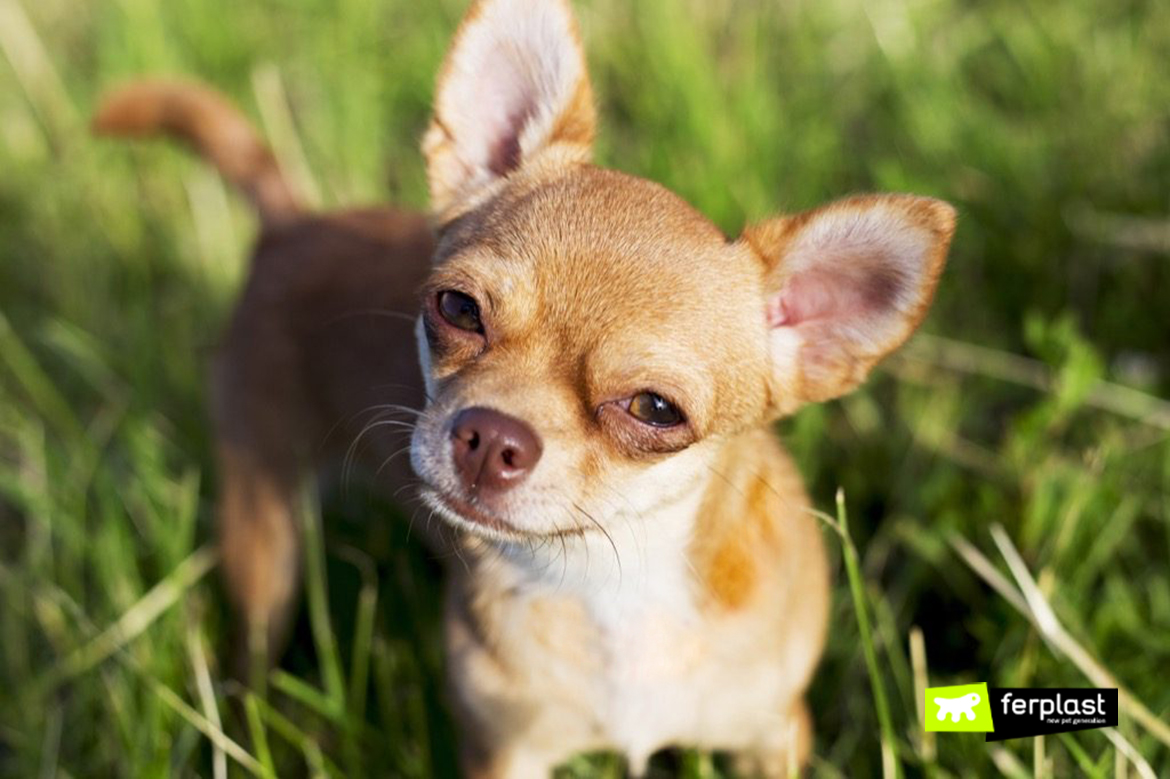 Character and behaviours of Chihuahuas

From the point of view of personality, Chihuahuas are very intelligent dogs, observant and brave. In fact, despite their small size, the Chihuahua is no push-over so even when facing much larger dogs, he will always try to have the last yap!

This pooch loves to be in the company of other dogs but does not always accept the presence of other pets. If you see a Chihuahua on the street, he may barely give you the time of day given that he is quite suspicious of strangers, but as soon as he realises he is the centre of attention, you may be granted permission to pamper him. They are not haughty, just sceptical! 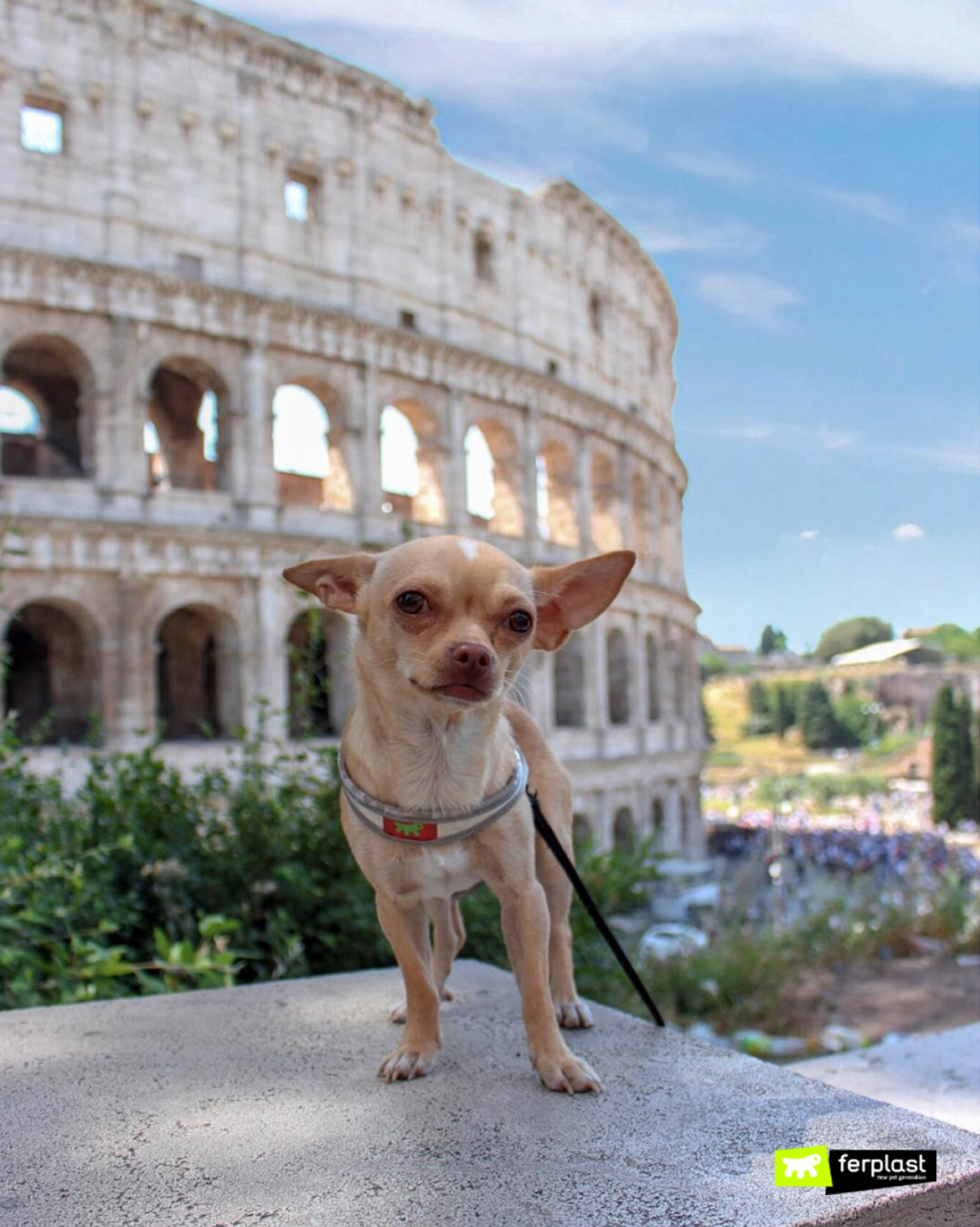 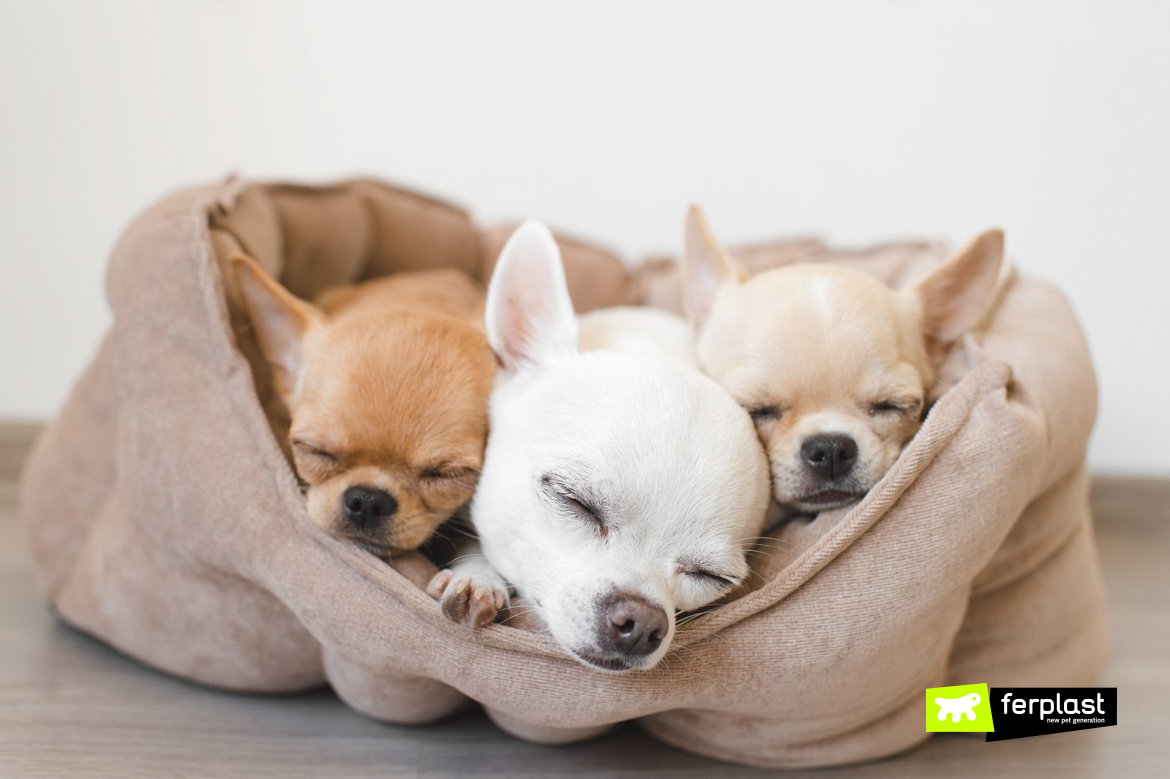 Despite the Chihuahua’s small stature, it has a very strong character. Just be sure to keep your pooch covered and warm when the temperatures drop. These tiny tykes also love to run around in the yard and go for long walks in the park, so it is very important to take these pets out at least once a day!

Our model Ares lives in Milan with Maria Giovanna, who travels very often for work. He loves to be by her side at all times and has now become her bodyguard! 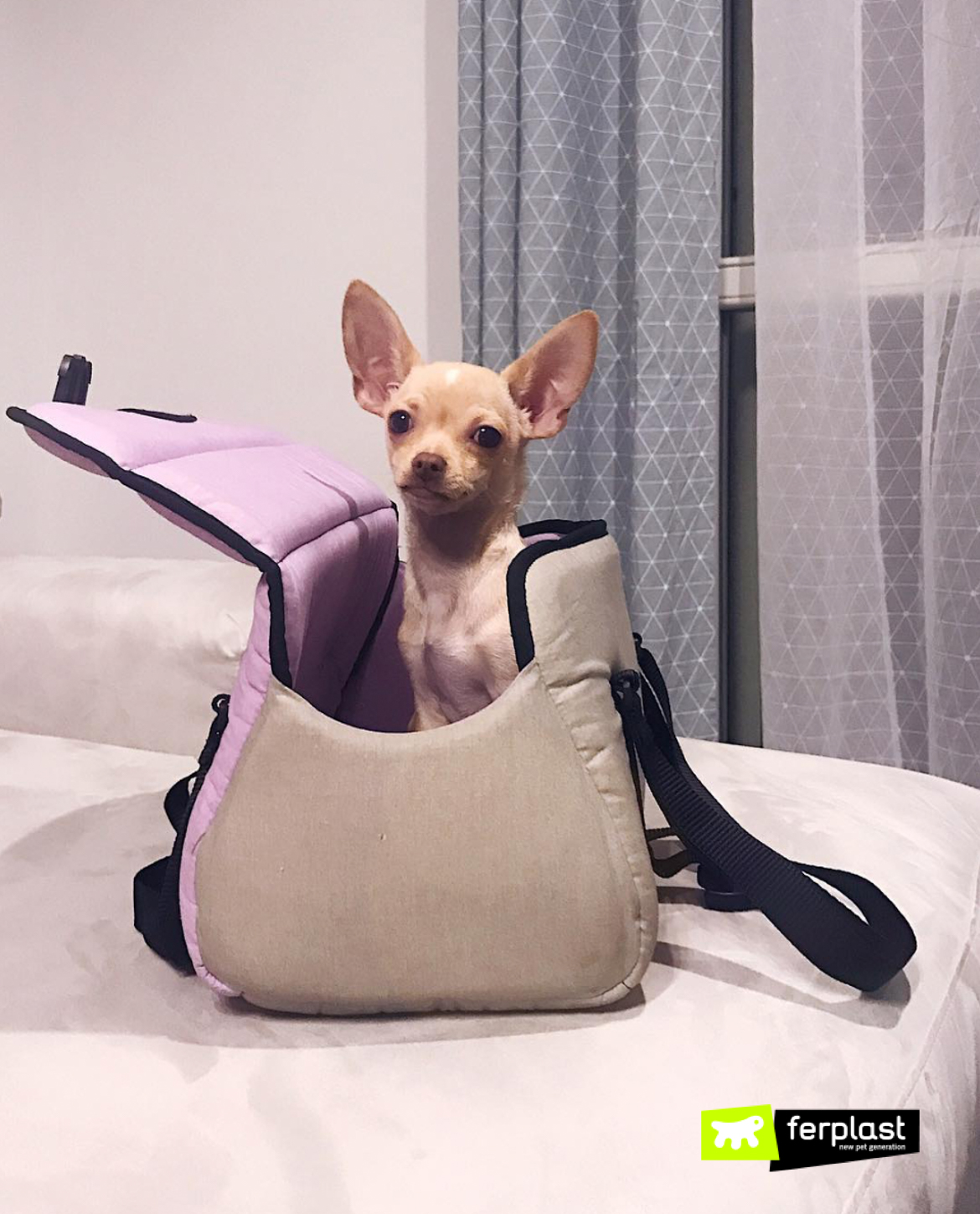 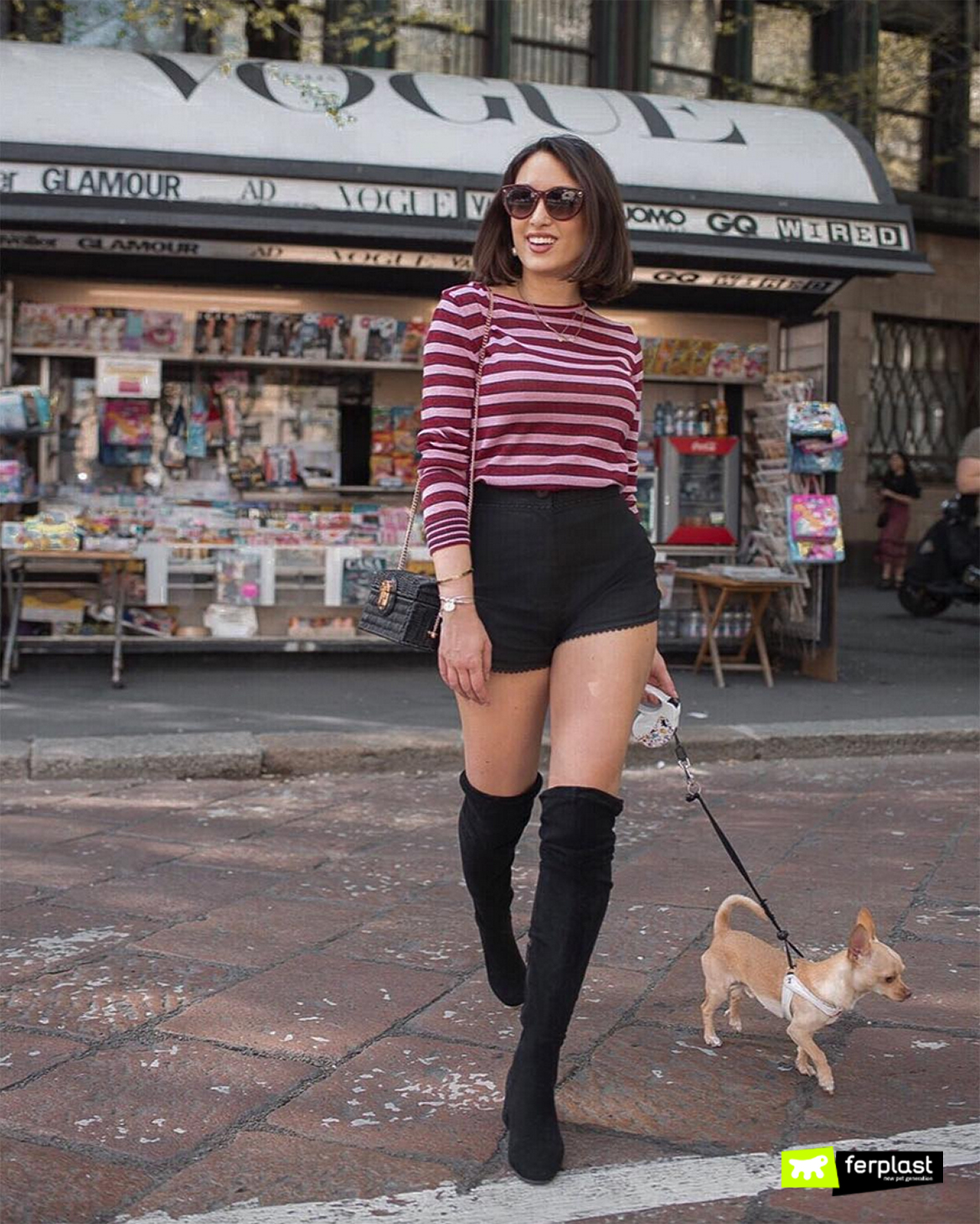