5 THINGS TO KNOW ABOUT THE CAT FLAP

A cat flap is a very handy little swinging door that can be installed in the door, or even in the wall, that lets your cat go in and out of the house whenever it likes, without you ever having to get up. Here is everything you need to know about this beloved accessory, the one every cat and every cat-lover should have!

1) IT WAS INVENTED BY SIR ISAAC NEWTON. The great English mathematician and physicist Isaac Newton often worked late into the night and his cat, not finding a way out of the house, would stand by the door meowing for hours on end, which disturbed the scientist’s concentration. So he came up with the idea of putting a hole with a swinging flap and spring in the door. It was a brilliant solution that gave his cat all the freedom it needed and let him work quietly into the wee hours.

2) THE FIRST CAT FLAPS WERE INSTALLED IN THE DOORS OF THE BASEMENT. It seems that the first cat flaps were put into the wooden doors not leading to the house, but to the basement so that it could not only come safely in but also catch the mice thriving in the area where the family food supply was often stored.

3) ONLY YOUR CAT ENTERS. The latest generation cat flaps, like Ferplast’s Swing 7, comes equipped with a magnetic system that makes sure only your cat goes in and out, thus keeping the neighbourhood cats from getting in. The door recognises the magnet you install on your cat’s collar so that he is the only one with the ‘key’ to get in. The very latest versions are cat flaps with microchips, like Ferplast’s Swing Microchip, a totally cool new product! What makes it different is the special antenna that picks up and decodes your cat’s subcutaneous microchip, and then opens the flap as he nears. Thanks to this fantastic selective recognition system, you maintain complete control over who goes in and out, effectively keeping out unwanted animals that don’t belong in your house. 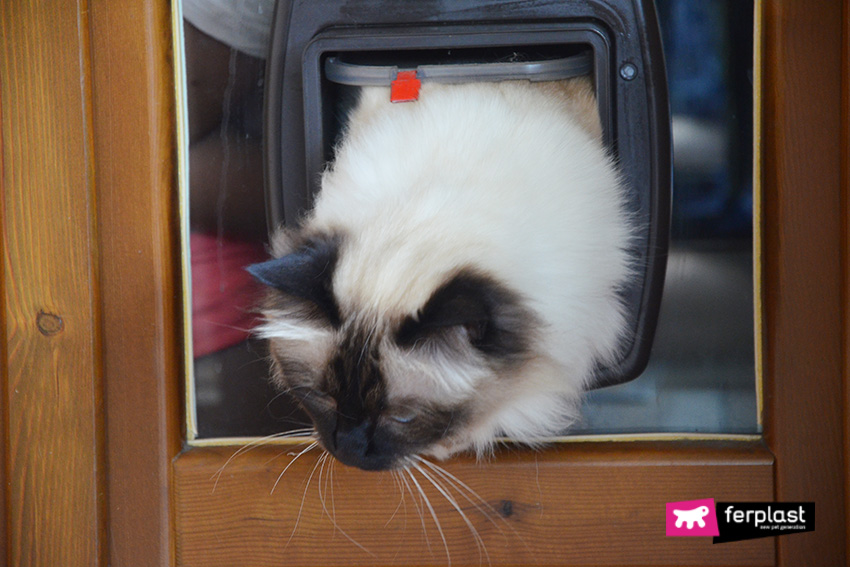 4) AIRTIGHT. If you think a cat flap is not such a good idea in winter, you’re wrong! Ferplast cat flaps do not let in even the hint of a draught because they are equipped with the useful Wind Stopper system that keeps out air currents.

5) IN OR OUT? How often don’t you say that to your cat? Stop going nuts trying to control his whereabouts, there is a perfect solution! Thanks to the 4-way closure system you can now regulate his movements according to your needs: only in, only out, in and out, closed. 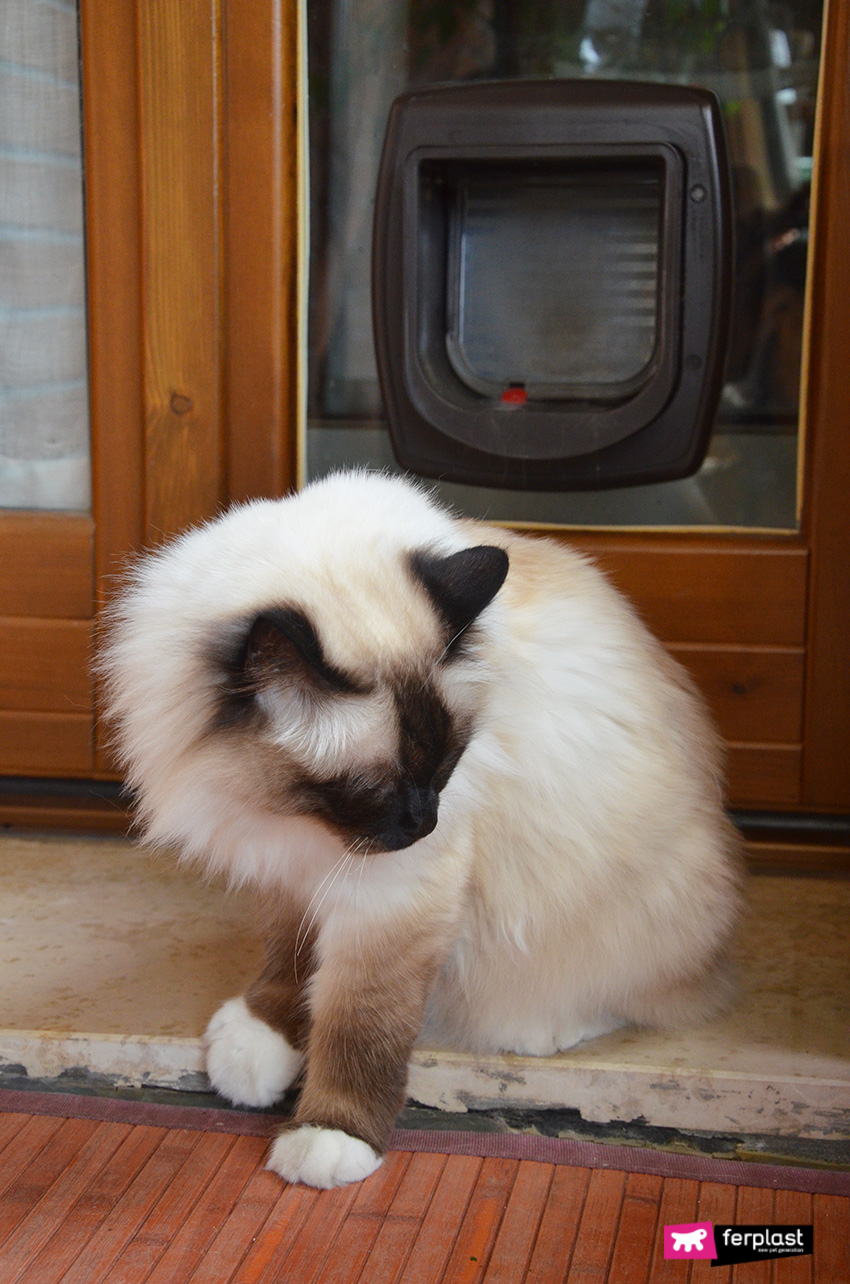 6) EASY TO INSTALL. People are sometimes scared of buying a cat flap because they think installation is going to ruin doors or walls, they think of all the mess installation implies. Any do-it-yourselfer with a saw and drill, and a bit of basic experience, can go ahead and install it in a wooden door without professional help. If, on the other hand, you’re planning to put it into a glass door or window, all you have to do is call the glass cutter, who will make sure the flap fits perfectly wherever you want it. 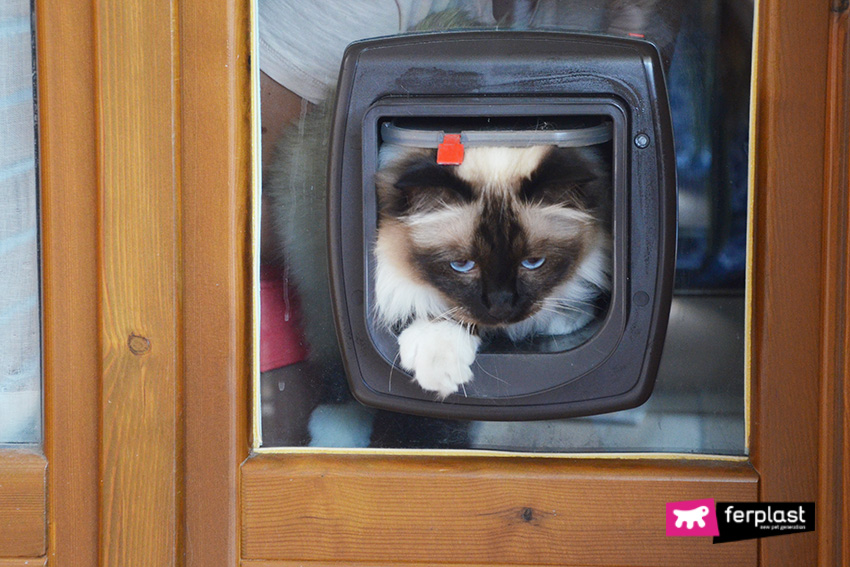