WHAT IS AN INDOOR KENNEL AND WHY IS IT USEFUL FOR YOUR DOG?

An indoor kennel is a house for the dog that can also sometimes be used as a carrier. Unfortunately, those who are not familiar with its use can sometimes see it as a prison for the dog, but it is not. Nothing could be further from the truth!

Obviously, if you adopt an adult dog that has never used one, he’ll fell like a prisoner and hate it at first. But that’s not how it is used. It is not intended to “lock up the dog” but to provide it with a place where he can feel safe and protected, a place from where he can survey his terrain.

Wild dogs burrow dens in which to give birth to their young and raise them until they are old enough to take care of themselves. So the idea of a safe refuge with a single opening is even in the DNA of domesticated canines. Not only, but when the puppies try to leave the nest before they are ready to face the world, the mother pulls them back into it, so even the concept of being kept (even against their will) inside – and only when taught in the proper way and not as punishment – comes natural to the dog. So once the dog is accustomed to the kennel, he’ll not have any problem at all with staying in it with the door open, or even shut. 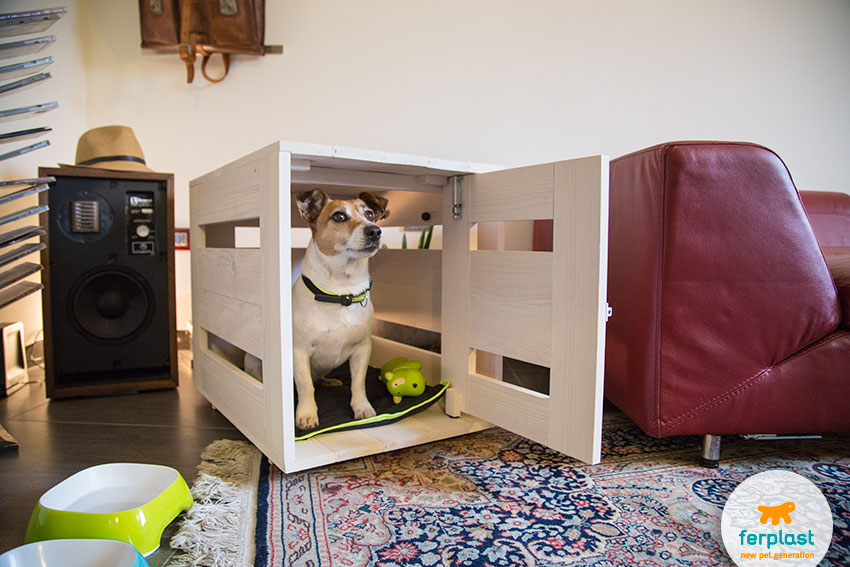 And when is a kennel of real use in a household? Often, that is, when it is a good idea for the dog to be safe and calm, to curb his enthusiasm, like:

Obviously the dog is not meant to spend all of his time inside the kennel. It should be open at all times and be seen as a bed, the door closed only if Rex has disobeyed or if the situation requires it to teach the dog to stay calm and controlled, during certain circumstances, in the place he considers his own and where he feels relaxed and safe. 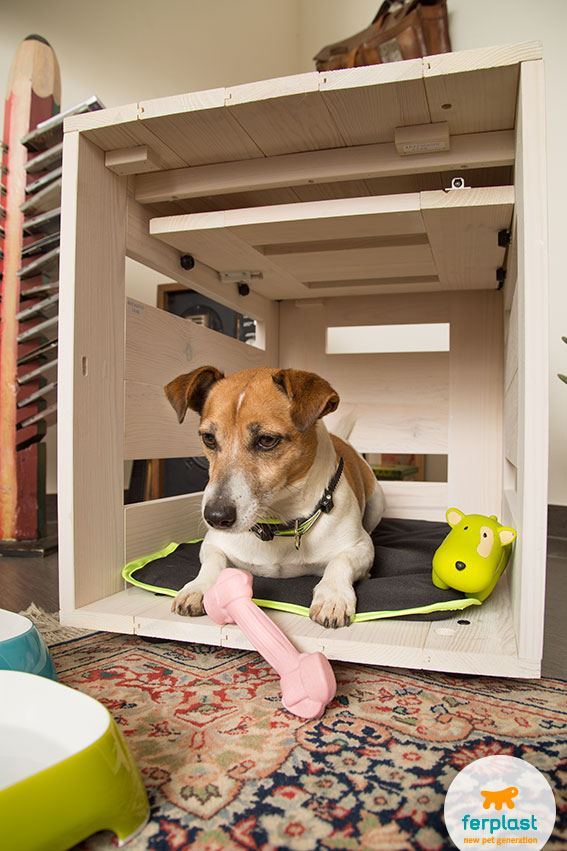 Like we said, it is important to get the dog used to having his own place, the kennel. We’ll tell you everything you need to know in the next article.