THE SIBERIAN, THE HYPOALLERGENIC CAT

People allergic to cats can actually have one in their home now. There is, in fact, a feline breed that is less prone to provoking allergic reactions in humans. We went to see Ilaria and Piero and their blue-eyed cat, Sven, to talk with them about hypoallergenic cats.

They are called hypoallergenic cats because they do not provoke allergic reactions in humans. Allergic reactions do not come from the a cat’s hair, as popularly believed, but from a protein called FEL D1, produced by the cat’s oil glands and present in its saliva. When the cat grooms itself the allergen is released and then spread. But people who suffer from an allergy to cats should not despair. The SIBERIAN CAT has the FEL D1 protein, but in minute quantities compared to other types of cats. That’s why this kind of cat is recommended to those who are allergic to cats but really want to have one.

Pietro, you are allergic. How did you get the idea to adopt this beautiful cat?

I went on-line and studied the situation, I asked my doctor for advice and read several articles about it. I’ve been allergic to cats for a while now, but I really wanted one. I found a breeder of Siberian cats and went to spend time with Sven a couple of afternoons before taking him home.

Why did you do that?

I wanted to test it, I wanted an ‘allergy test’, if you will. And, in fact, Sven didn’t cause any problems: no red or tearing eyes, no sneezing. None of it. So I brought him home to live with me. If anything, I have to say that, in my case, living in close quarters with this cat has made me less allergic to other breeds of cat. That’s just my experience, not a scientific study or anything.

Ilaria, what sort of cat is Sven? You also have a Cocker Spaniel. Do they get along?

Sven is very smart, he loves to play, he’s lively and affectionate. He immediately became a full member of the family and easily bonded with Pimpa, the Cocker. They play, argue, chase one another the house, but then I find them secretly exchanging little kisses. Cocker Spaniels and Siberian cats are breeds that can, as far as I can tell, live quite peacefully together. Sven sleeps a lot, especially in the afternoon, and that’s when we can dedicate quality time to Pimpa, who might otherwise feel a bit left out. Sven is six months old now, and when we first got him we made sure to give each pet an equal amount of attention. Adopting a new animal is a bit like when a new baby is born: you shouldn’t give all your attention to the new one, but make sure the first one also gets his or her fair share of love and care.

Pietro, to whom would you recommend a hypoallergenic cat?

To everyone! Especially to people with allergy problems. I suggest they do some ‘tests’, like I did, and spend some time with the cat they want, just to see what the reaction will be, or if there is one. Studies have shown that the female Siberian produces lower levels of allergens than the male of the species. I have Sven near me all the time, every hour of the day, and I’ve not had any problems at all, so I am delighted with the fun ball of warm affectionate fur I got to bring home. 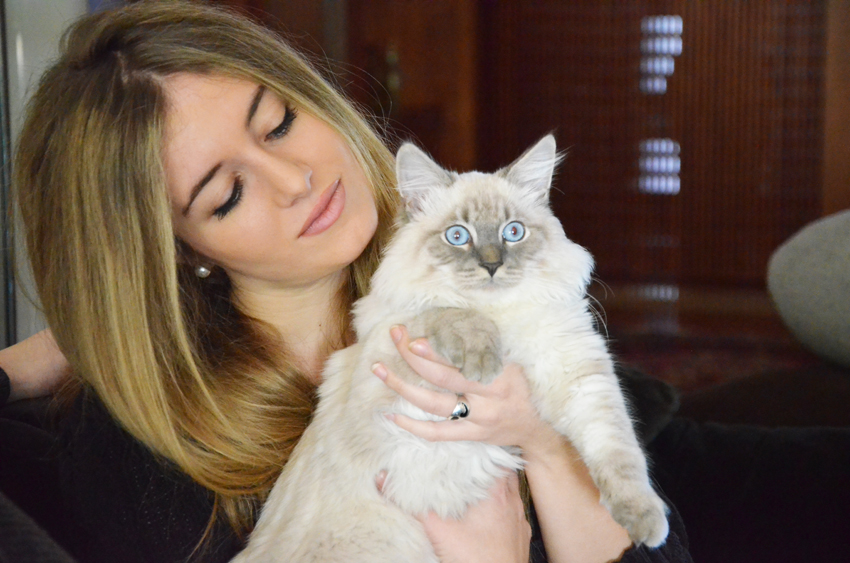 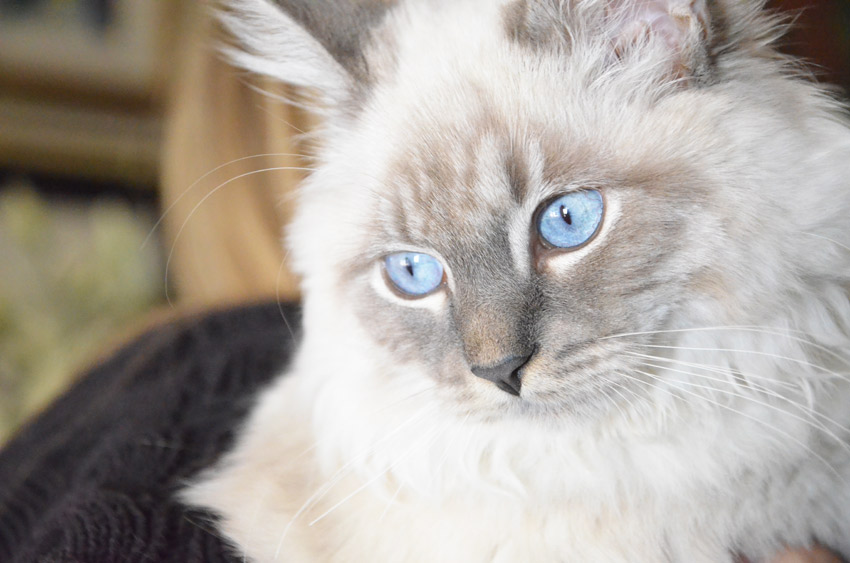 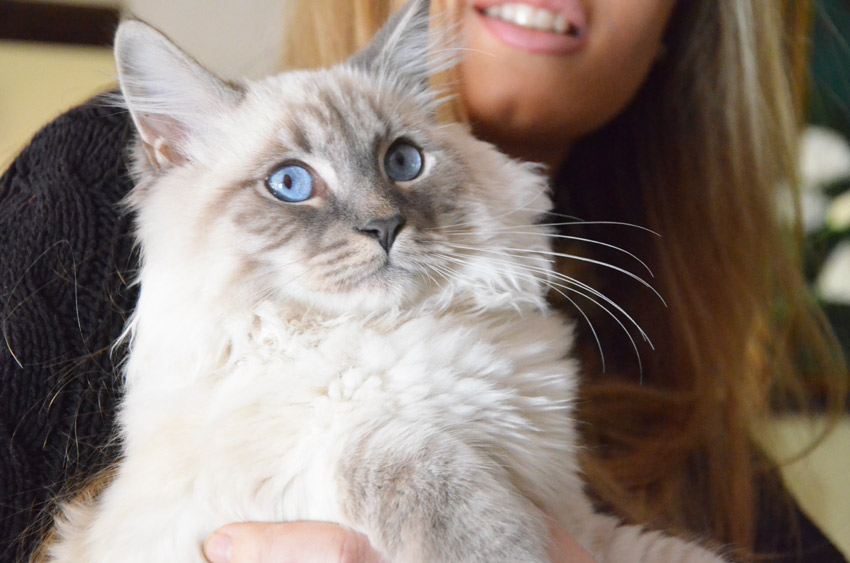 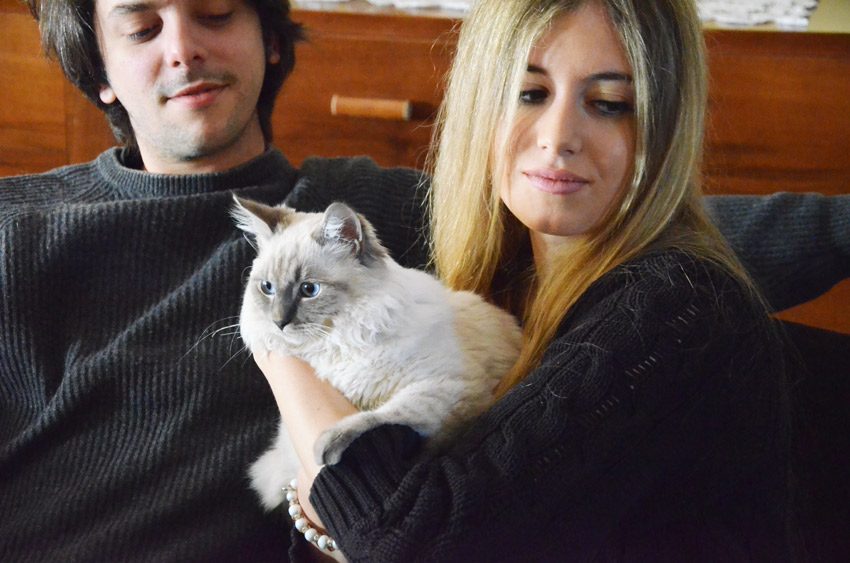 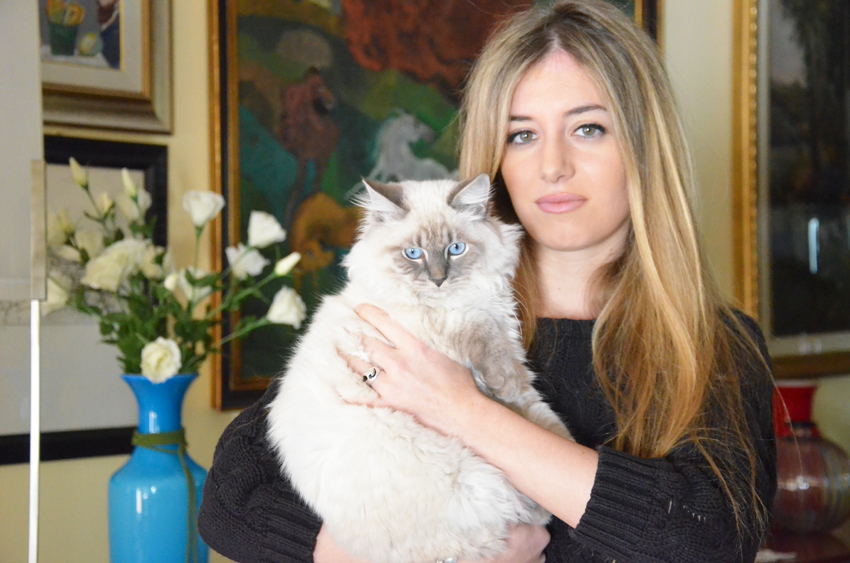 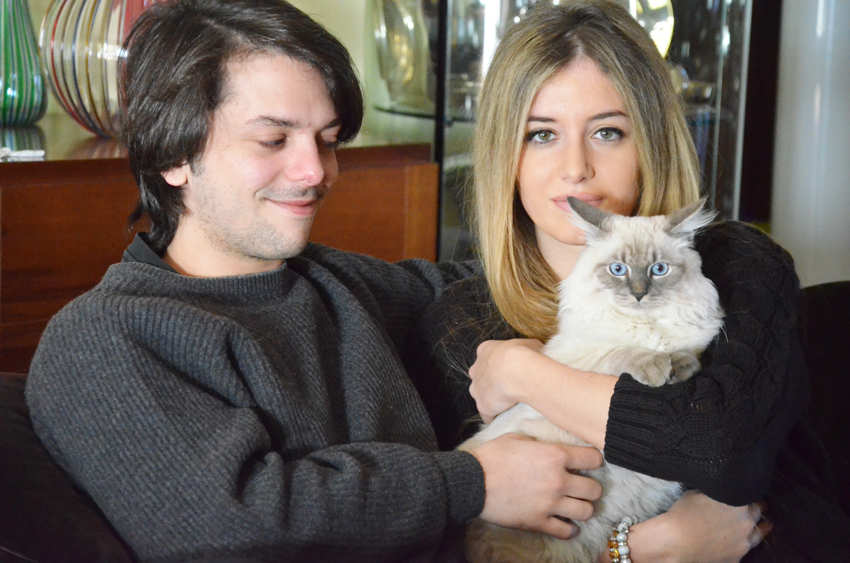