There’s this dog breed whose fame has long been held in a bad light: it’s the American Staffordshire Terrier, also known as Amstaff, an incredibly sweet, balanced and super friendly dog!

Physical characteristics of the Amstaff

The first specimens of Amstaff became popular in North America after a crossing between bulldogs and terriers, and were initially used as fighting dogs. This practice has fortunately been banned, but their strong, sturdy body type has turned their use instead as exceptional guard dogs and lap dogs.

Their muscles are certainly a distinctive detail of the American Staffordshire Terrier, as they make this breed look elegant and athletic. Males are about 46-48 cm high, while females range from 43 to 46 cm. These are very well-proportioned dogs. 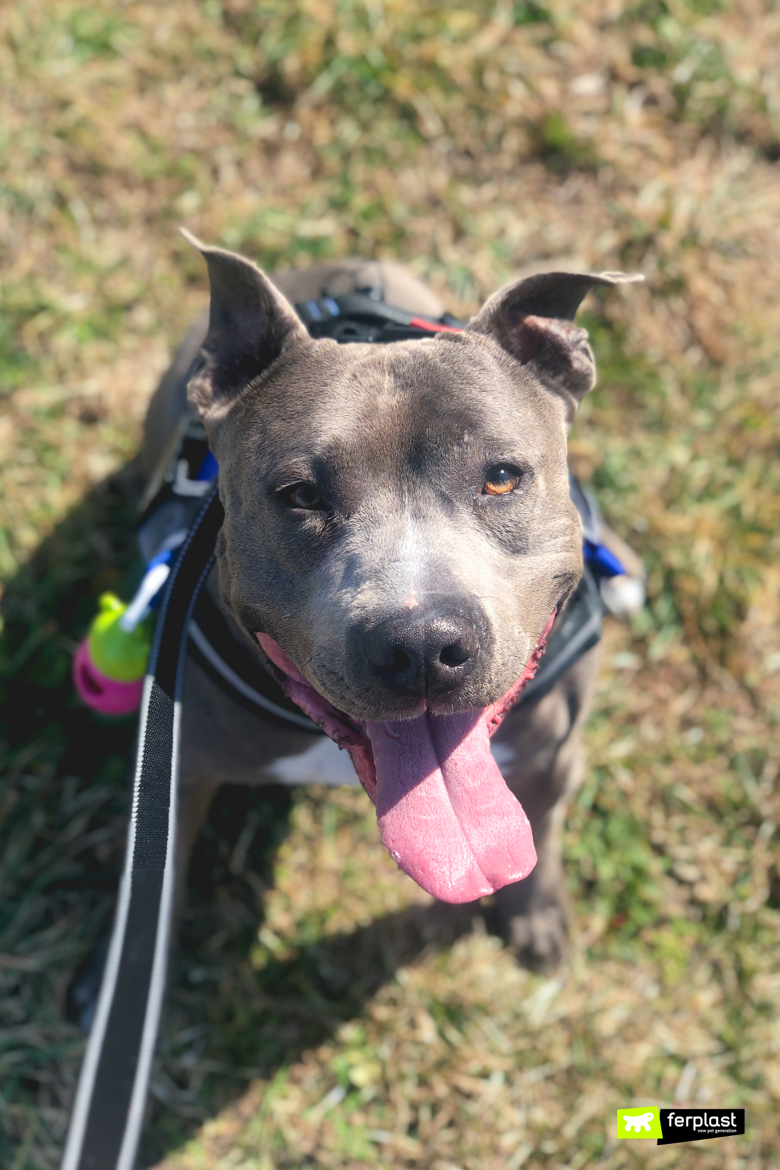 The Amstaff has a round head with a very wide black truffle, two wide-set clever eyes and well-defined jaw. A detail that is often missed is their smile, really friendly and contagious, which shows up when they’re happy after a session of running and playing.

Their fur is short, thick, hard to the touch and glossy, and they can come with a single colour, multi-coloured, or piebald. Colours such as pure white, tawny black and liver should be discouraged, as they often make this breed be mistaken for their pit bulls, their “cousins”.

Their tails are very typical: straight, short and tapered. 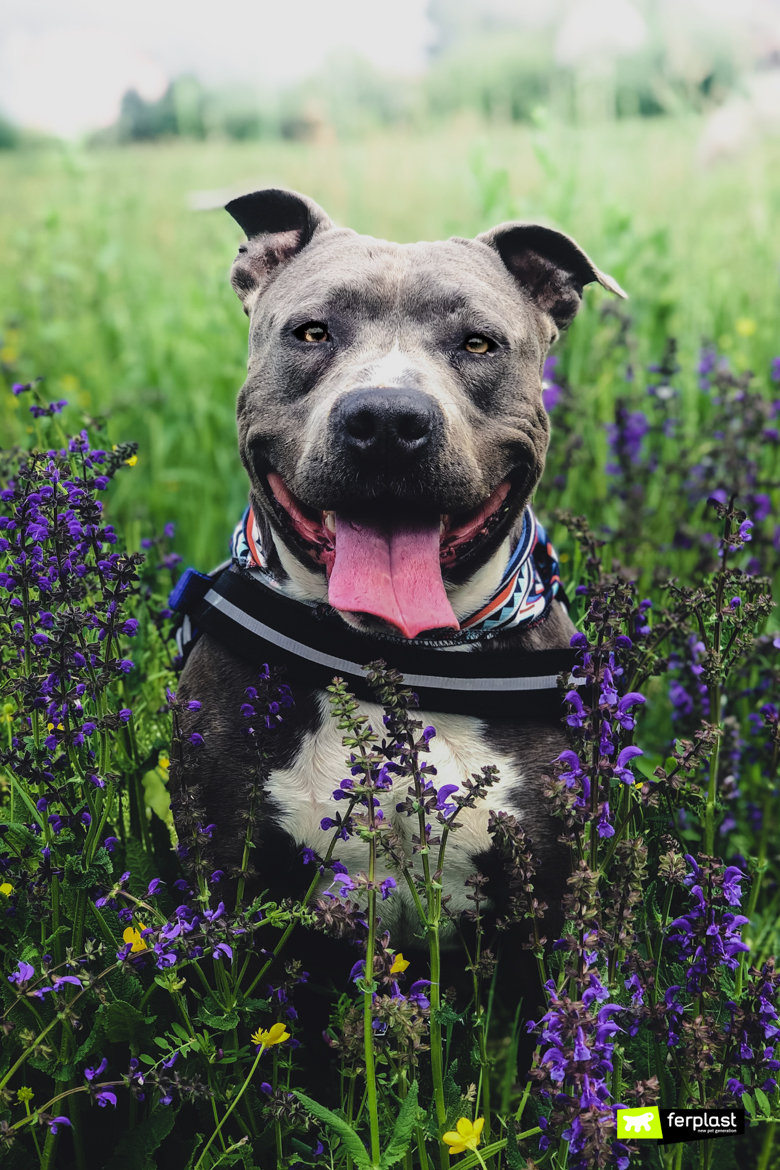 American Staffordshire Terriers are dogs of great constitution, tireless, courageous and suitable for any sports or social activities involving dogs. They absolutely love being in company and have endless vitality, which is why they should only be adopted by active people with a lot of time to dedicate to them.

They carry this unpleasant fame for being aggressive, but like all dogs, if well socialised since puppies and managed correctly by adults, they won’t create any problem whatsoever, be it with humans or with other dogs. In any case, this breed is known to be protective and very closely tied to its family, in particular the owner, who, once identified as a leader, will be followed no matter what. 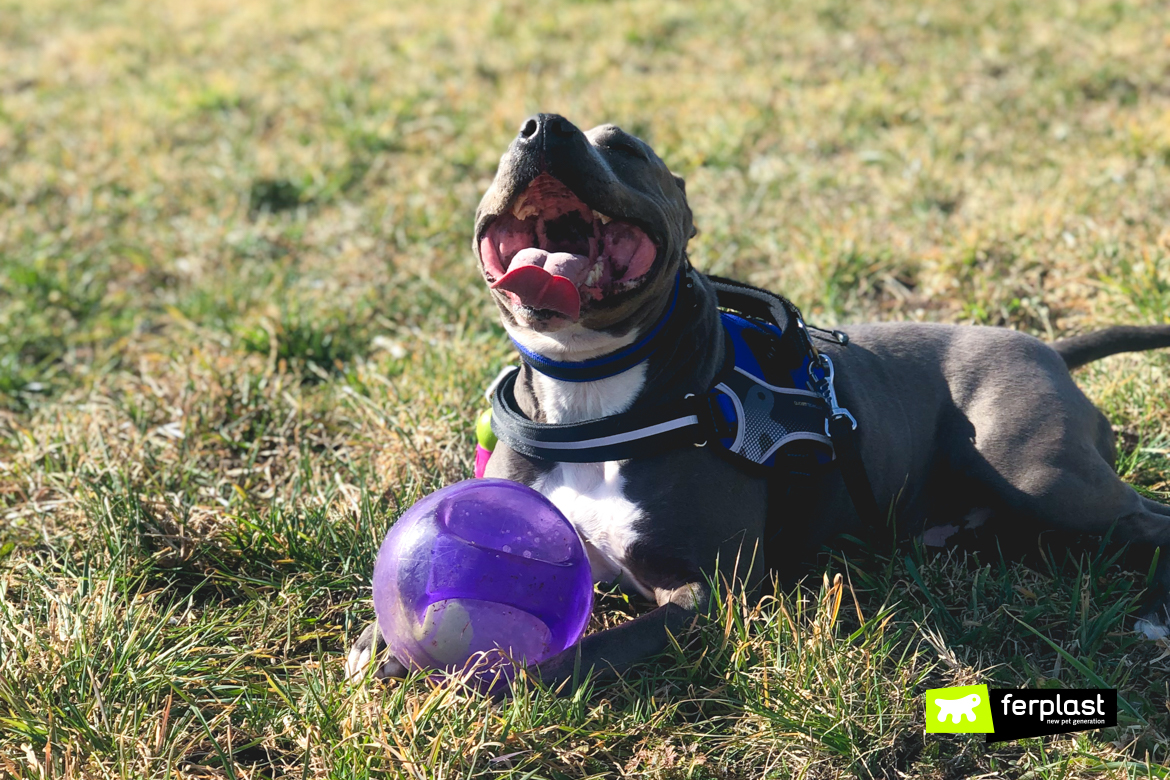 If you live in a flat, should you go for an Amstaff or not? This is a medium-sized breed, which means they can live indoors just fine, but they do require intense and regular physical activity.

Our model and Ferplast Ambassador Syd loves running like cray on the grass, playing ball, jumping, and… Chewing on everything he comes across! Follow his adventures on Instagram @theblueamstaff. 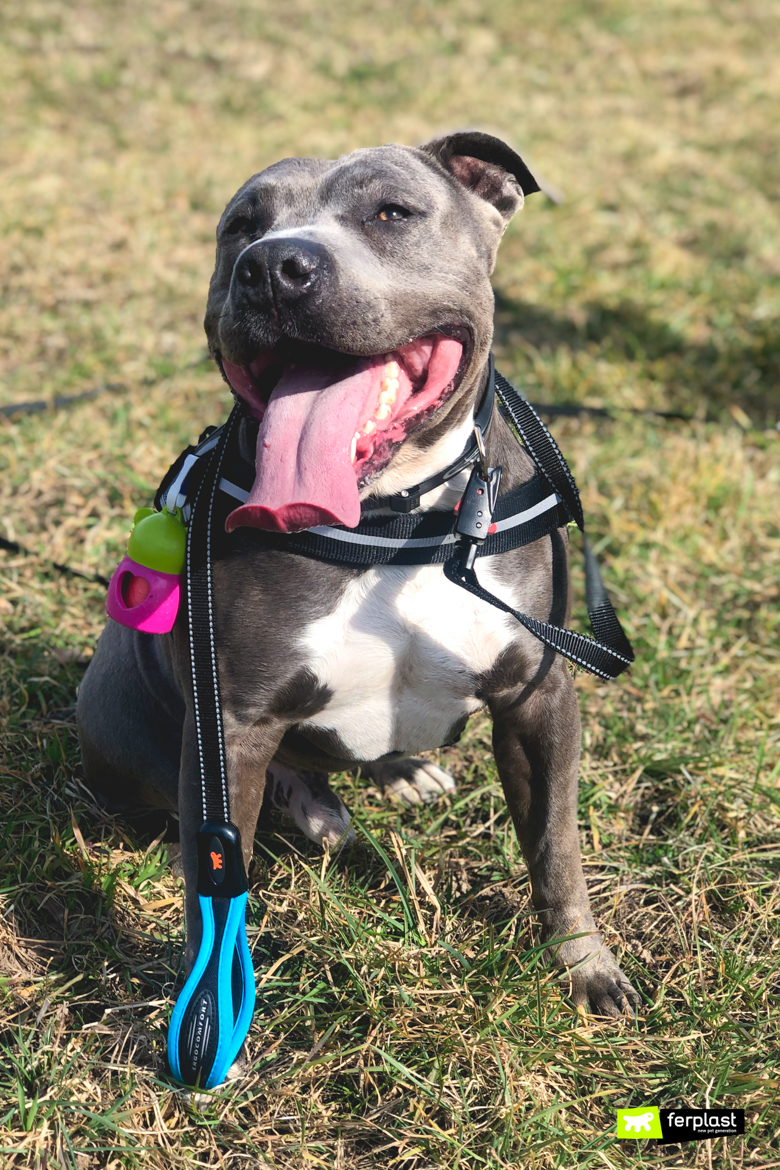 Given their size, it’s always wise to keep your dog on a leash in public places. These are very enthusiastic dogs, so having yours go through training or be educated by an expert is a good idea. This breed is particularly appreciated in Italy and France, the two countries where the Staffordshire Terrier is more common. 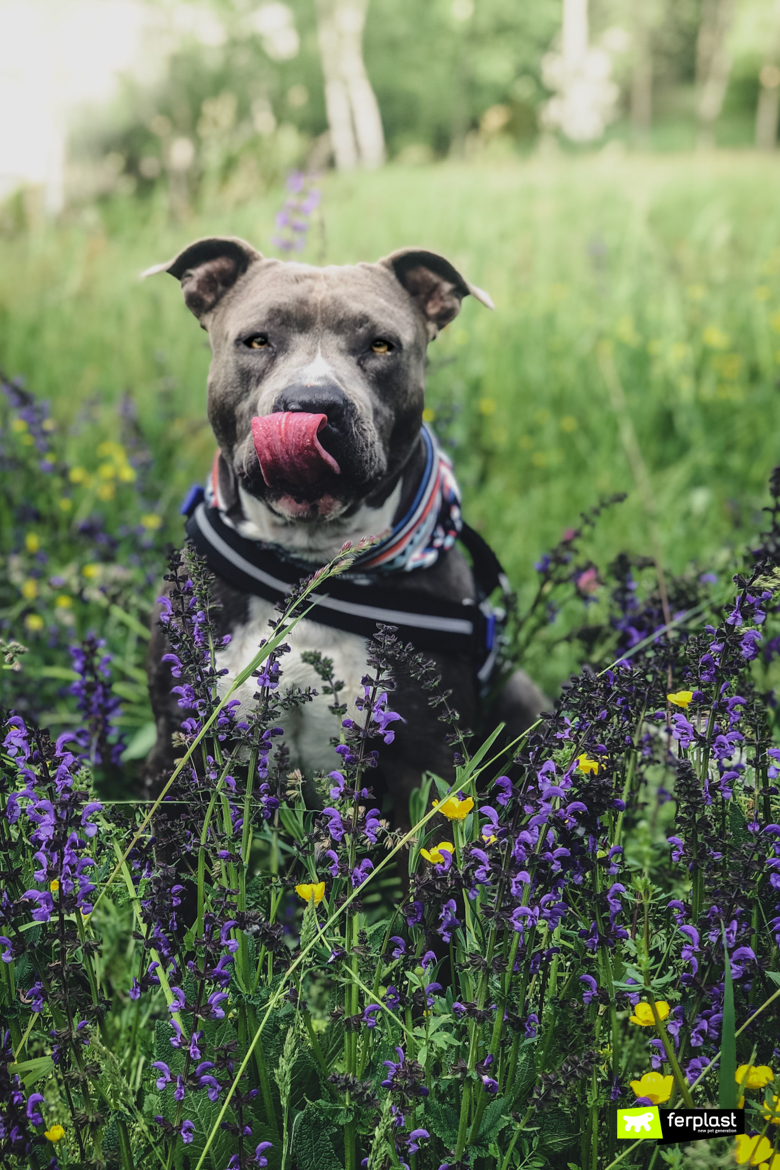