Dogs and life in an apartment. Today we’ve been invited to the home of Milou, Amanda and Stelvio, who live in a loft in the centre of Vicenza. We’ll tell you about how this 8-legged family lives.

Milou is a lovely doggie, a cross between a Jack Russell and a Parson Russell. In August she’ll celebrate her 9th birthday, but like any self-respecting lady, she looks far younger.

She lives with her owner, Amanda, and her boyfriend, Stelvio.

Ciao Amanda, how long has Milou lived with you?

Milou has been with me since she was only 3 months old. I had always wanted a dog of my own. I’ll never forget going to an Agility event and thinking how wonderful that dogs and their owners could be so in tune with one another, and I wanted that too! When I turned 15, my dad decided to make me happy and took me to the kennel in Vicenza, where I live, to find a puppy to adopt. Milou was the only one in the puppy pen that did not belong to a litter of poodles, she caught my eye immediately and a few weeks later I was allowed to take her home!

You and your boyfriend both work. What do you do when you have to leave her home alone?

Fortunately, my dog is very independent and we have lots of family and friends who come take her for a walk when we have to be out all day. Even though she’s getting older now, she’s still got plenty of energy and loves to play when we get home from work. She also loves to sleep a lot!

Milou lives with you in a small apartment in the city. How do you keep her cool on the really hot days?

Unfortunately, our apartment gets really hot in summer and we don’t have air conditioning. We’ve noticed that when it’s especially hot, Milou likes to lie flat on the bare floor rather than in her little pillow bed. It’s cooler there. So we decided to get her a little refrigerated mat, a Pet Cool Mat by Ferplast. It soon became her favourite place to be. I always take it with us when we go out!

What advice would you give to someone who, like you, doesn’t have a garden but owns a dog?

I’d tell them to always have a clean bowl of cool water for the dog and to take it for a walk several times a day, especially if, like Milou, it’s starting to get older. But also to beware of the pavement! If we think it’s hot, then it’s hot for them too! I usually walk her early in the morning or late afternoon, when temperatures are cooler. And if you take the dog to the beach, never go without its refrigerated mat. It chills in a matter of seconds as soon as the dog lies down on it. That way it won’t get heat stroke or make the day at the beach impossible to enjoy. 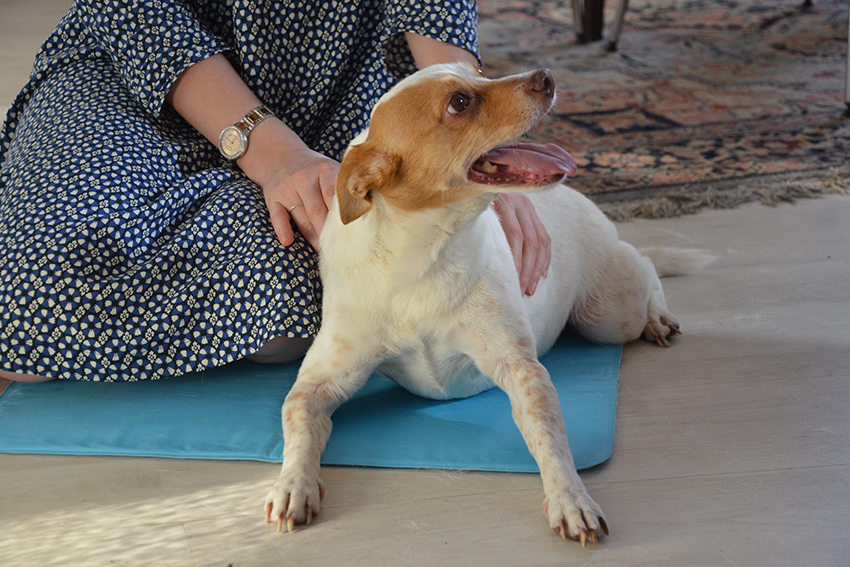 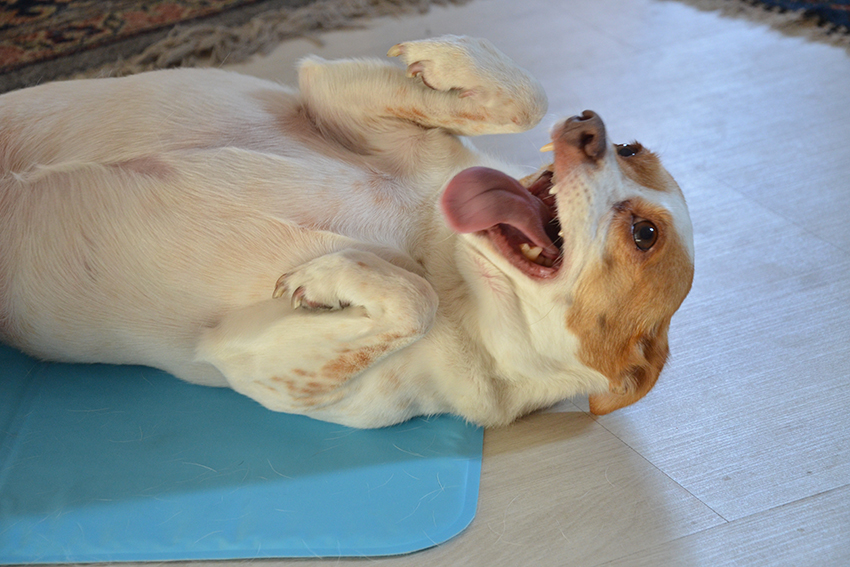 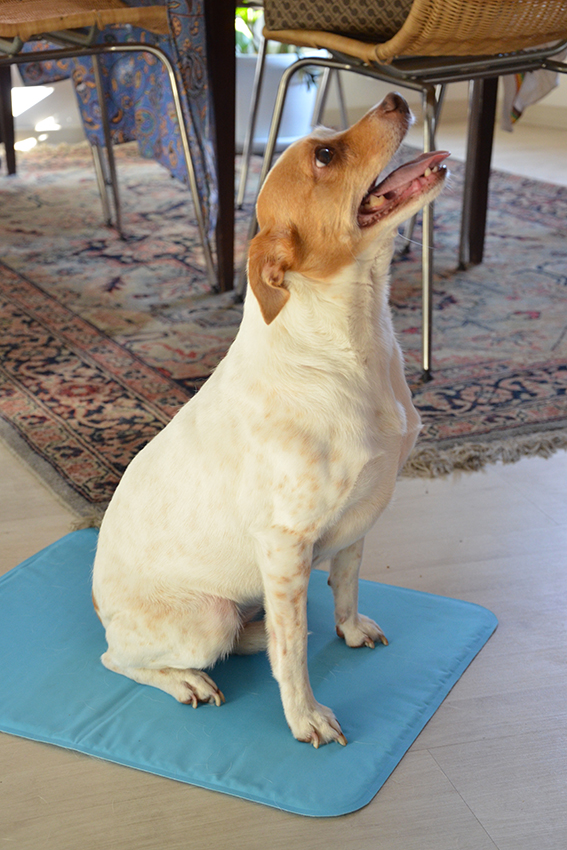 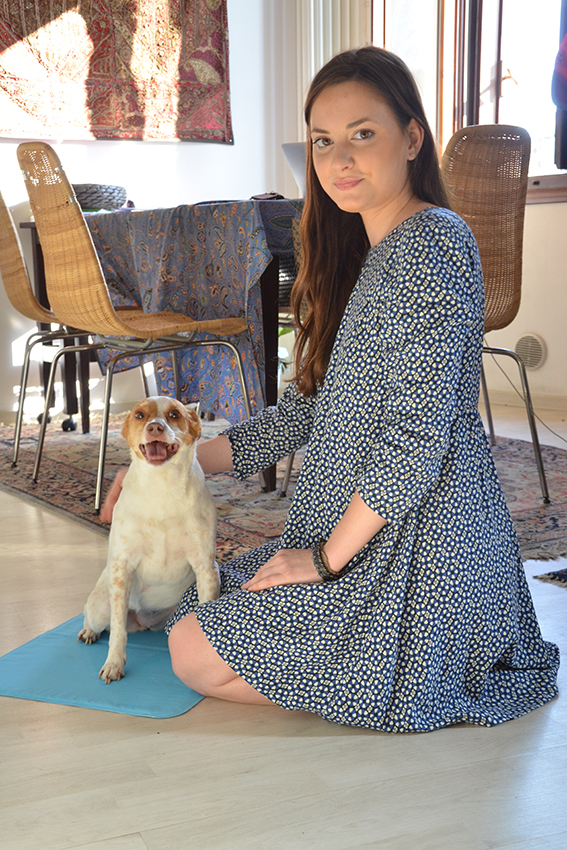