GEORGE, THE CAT WHO PREFERS TO STAND ON TWO LEGS

How many times haven’t you said that all your pet is lacking is the ability to talk. Some of their behaviour often really is very similar to ours, but there’s one cat in particular that really does seem human. He’s always standing on two legs, his name is George and he’s a real star on the Web.

George is one of the most popular pets on the Web today. What sets him apart is that he loves to “stand” on two legs, his hind legs. From when his owner posted the first picture on Facebook, he has become a real diva of the internet, with millions of shares. George “sits” to watch TV, he sits to eat at the dinner table and he walks around the house – except he never does so on all fours! Only on his hind legs!

George lives in Austin, Texas, but his picture has been seen all over the world. His owner, Andrew, explained that since he was just a kitty he’d prefer to stand on his hind legs to be admired, to look around the room and to keep an eye on what’s going on outside. Andrew also recounts that he has surprised George doing the strangest things, like the time he caught him at the dinner table, on his chair eating the pasta he had left on his plate when he got up to get something from the kitchen.

His face is that of a Grumpy Cat and he ranks number one for number of followers on social media. We are convinced that it won’t be long before he becomes a veritable “influential” cat, the one to look to for the latest trends and fashions!

Enjoy the incredible pictures we have posted. Not only is his posture unusual for any feline, but the expression on his face is utterly unique as well! He’s so very human that it’s impossible not to adore him! 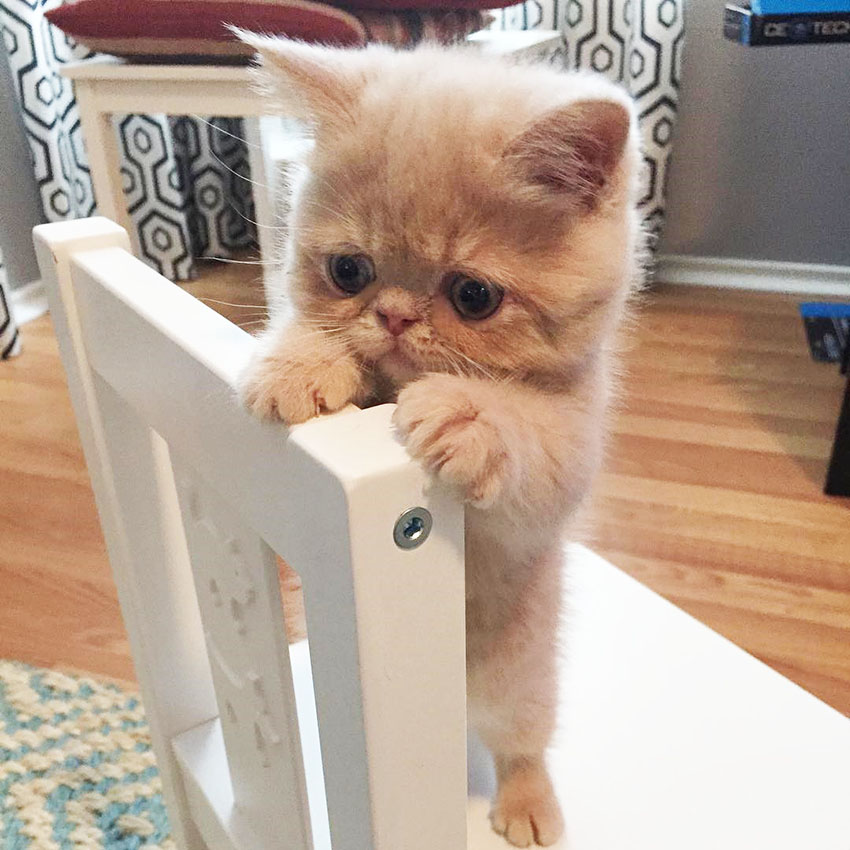 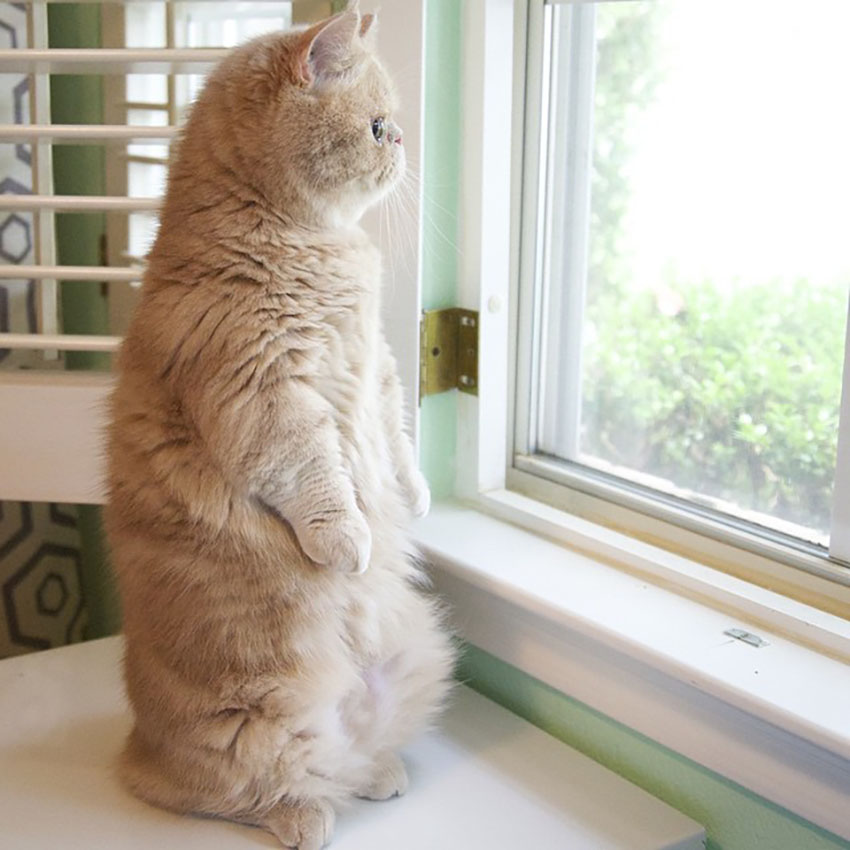 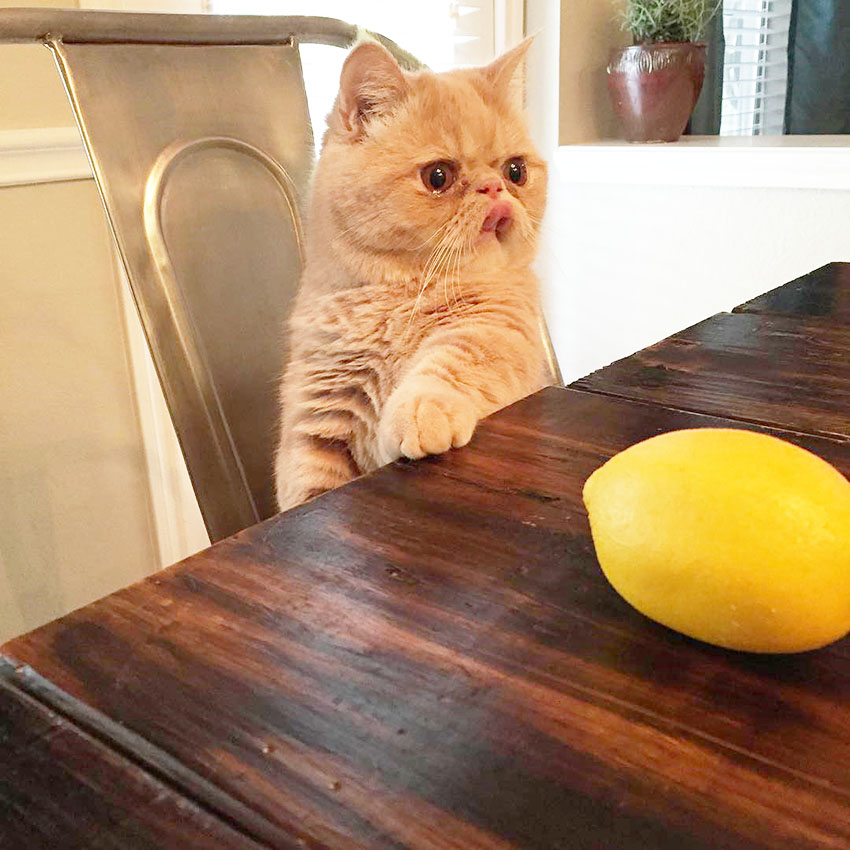 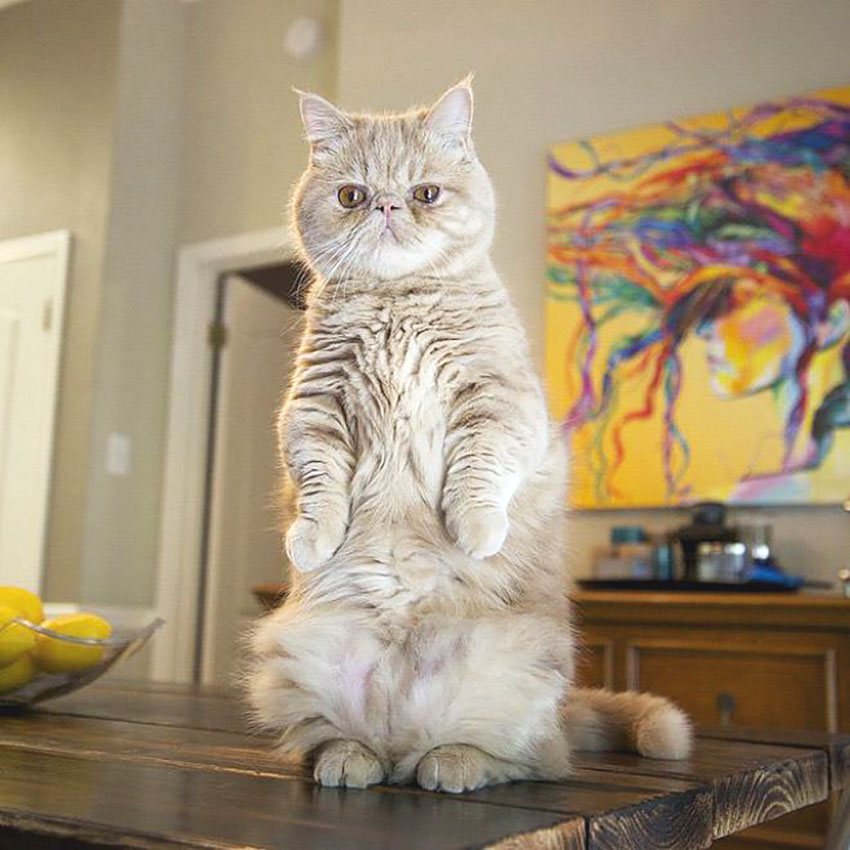 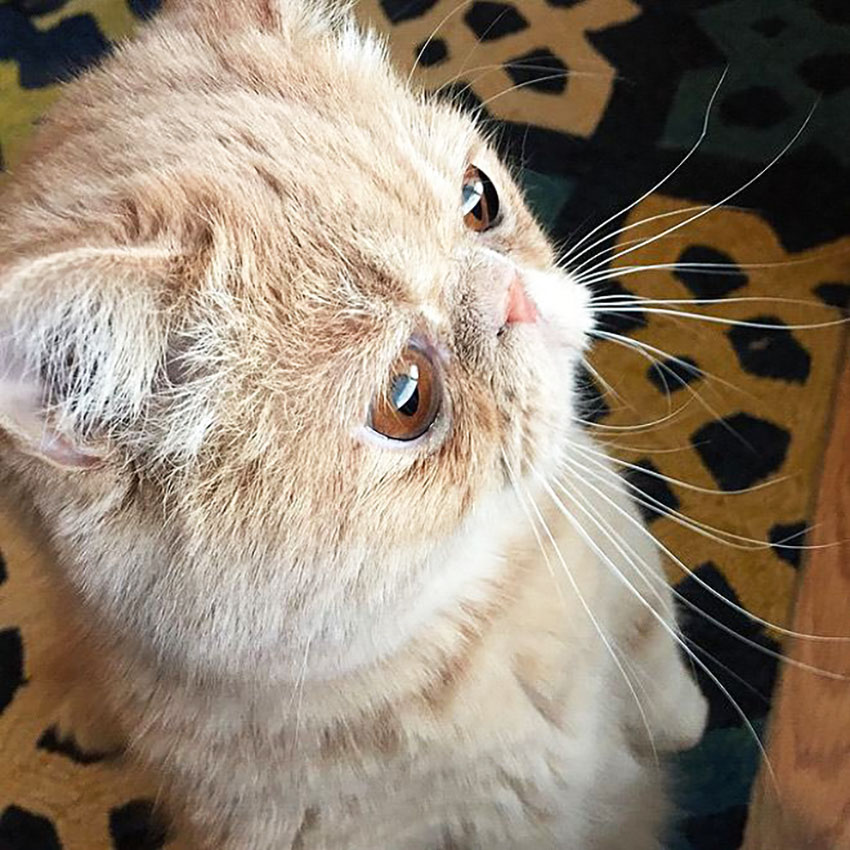 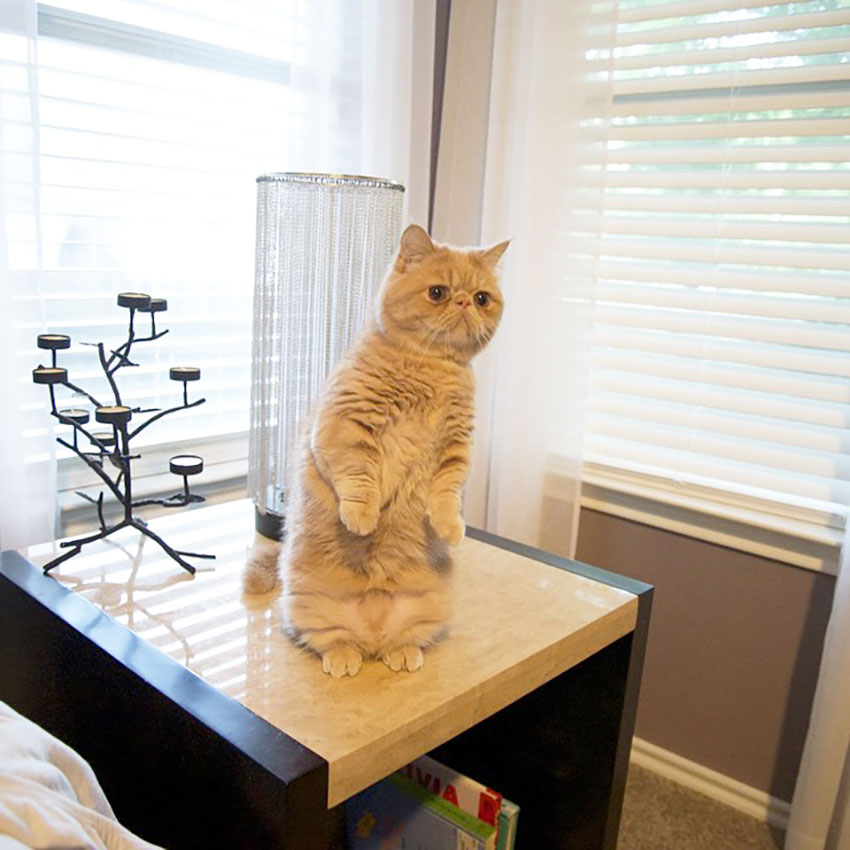 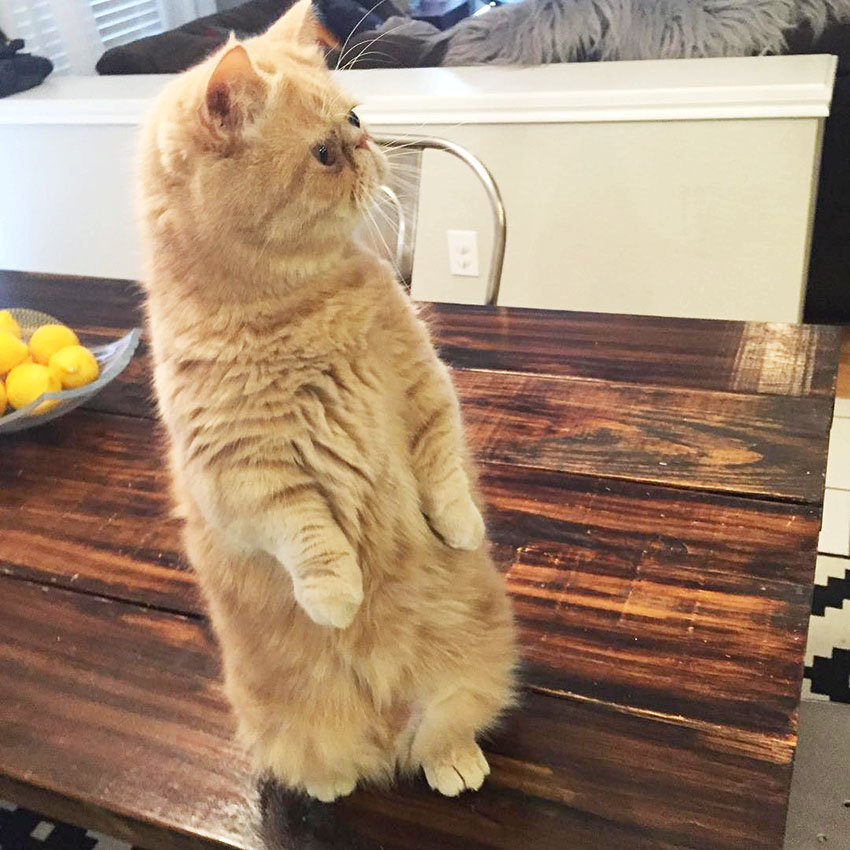